Let Me Share With You Some Great Realizations, Experienced Honestly as True! 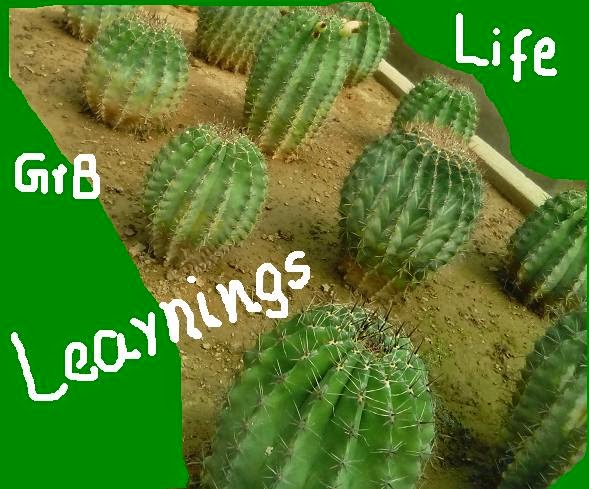 1.Give advice only when it is asked for. Your advises or help to those who do not seek it are indeed wasteful!

2. Impatience is a mind poison and it damages both mind and body. You really do not possess the capacity to fasten the natural time sequence for most of the worldly activities and processes!

4.Superior humans honestly care for others than for themselves. Their presence and acts reduce the negative impacts caused by the inferior peoples.

6.  Better to keep your mouth shut when ignorant men and women keep talking. Ignorant people seldom realize their ignorance and their own weaknesses but try always to project them as superiors due to their inferiority complexes. They might listen to you, if they are scared of your power (e.g. as the boss)!

7.  It is not possible to teach a human beyond his inherent biologic capacity to learn and understand. One of your child may have an IQ above 120, but that does not ensure the same to your other child. You may not succeed to send them both to Harvard even when they both have the same ancestry. Hence, people who are exposed to the same preaching and teaching might understand things differently and their responses and thoughts also might be different.

8.  Every human being has a unique personality, no two are the same, not even the identical twins. It is quite natural for your first child to become an eminent physician while the second one fails to become even a ward boy!

9. Men and women are totally different not only in bodies, but also in their minds. They are not equals but are meant to be complementary to each other. Therefore, a husband may not find his wife in tune with his ideas always and the wife too often find it the same manner leading to marital discords. Family disputes can reduce to a great extent when both men and women truly realize this fact.

10. Being a good person possessing more intelligence and wisdom than those around you might alienate them from you. If it is so, you are really going to be the odd man out. It would really be difficult for the good people of wisdom and intelligence to live among inferior people, unless they master some wise arts of living!

11. Genius, intelligence and abilities for extra ordinary accomplishments do not necessarily make one good. But such qualities would give extra opportunities for a person to become good than to adopt evil ways. On the other hand, an intelligent person willfully doing evil deeds is truly an evil being who would eventually face consequences of his or her evil deeds.

12. A man or woman accomplish nothing great with all their high achievements if they are to perish totally after living a few years only on earth. But if their personalities survive material death and they happen to live even after death with full self awareness, it is indeed a great achievement! It is indeed difficult for evil men and women to accomplish this great achievement!

13. Animals, plants and many humans cease to exist after death, but some really fortunate humans live everlastingly with full awareness, undergoing progressive life re-incarnations in advanced forms till they become perfect personalities. Individuals who are good and those who willfully abandon evil to become good are the ones who are likely to achieve this.

16. The more people argue about a topic, the less the chances that it is true. It is the ignorant fellows who argue a lot!

17. The more people try to appear as religious or spiritual, the more the chances that they are dishonest. For the truly spiritual person, there is always the internal spiritual communication and he or she does not need that to be outwardly displayed. The outward display of spirituality is truly a dishonest act and such persons really do not have any fear or love to God!

18. Money, power and other material prosperity of life are not necessarily blessings of God. Wealth and power on earth tend to accumulate in the hands of those who admire or tolerate evil because of certain peculiar circumstances that exist on earth.

19. Unwise charity is a foolish attempt of people to gain fame or to escape guilt and it does no good. Giving alms to those who do not deserve it might do more harm than good. Help those in need according to the call of your inner consciousness and not for enhancing your own importance and influence!

20. It is difficult for imperfect people to overcome selfishness because they will not try honestly to discard it.

21. No person can be changed to adopt good by sermons unless he or she has an inner urge for becoming good.

22. Immature persons has more of animal traits in them and hence they cannot be disciplined by sermons always; they might also need some fear inducements.

24.The life on this earth in whatever form is not a purposeless one; it has some purpose. The most important purpose of this life is to earn experience of material living and to experience the power of good over evil.

25. Every person has some God spirit in him or her, but that does not make a human, God. Humans are no equals to God.

26. Atheism is an idea promoted by humans with good IQ but confused minds.

27. It is childish to think that God is like a human but having some higher magical capabilities. God is eternal, infinite and beyond the comprehensive capacities of humans. Worshiping God is a special inherent trait of humans unlike their animal cousins who lack it.

28. For many, prayer and worship are for pleasing a boss like god for getting some immediate benefits.

29. God never uses His power to punish any human for any misdeeds.

30. Misfortunes do happen to people of earth due to mistakes done by them or others or due to their carelessness or due to natural events resulting out of universal laws and principles.

31.God is Love and His laws are unchanging. God is also not a respecter of persons.

32. God exists in Spirit form and all material energies are formed out of spiritual energies.

33. Spiritual energies and spiritual personalities are primordial (original) all other forms came later.

34.Life and personality of humans are gifts from God given for some universal purpose.

35. A human being's place of birth and time of birth have some role in shaping his personality and destiny; but stars and planets are not responsible for this phenomena and hence, astrology is a pseudoscience with erroneous basic assumptions. The predictive success of astrology is only fifty percent if it is to be evaluated statistically.

36. The vast majority of miracles in this world are not really miracles in the real sense just as magic is no miracle for the magician.

37. There exist an enormously big group of invisible, intelligent and immortal spiritual beings in our universe and they all carry out various functions perfectly as per the will of God, excepting a few rebellious lower order groups here and there including on our earth who have willfully decided to embrace evil by going against God's will.

38. Human beings are inherently imperfect; but they are capable of achieving improvements and advancing towards perfection.

39. The rebellious invisible spiritual beings present on earth have been responsible for creating certain apparently miraculous situations now and then on earth to confuse gullible and immature human beings to comprehend the truths about God.

40. God does not allow perpetuation of evil by anyone; but the divine acts of corrections may appear as slow to those who do not have the ability to comprehend God and His ways.

41. All creative designs of living beings, non living things and organizations that we observe on earth reflect certain pattern replication which are of divine origin and creativity.

42. Creativity is a divine quality; humans have got it due to their ancestry that links them to God.

43. Though God is the Universal Father of all living beings, visible and invisible, mortals and immortals all throughout the universes, it does not mean that all  beings got into existence by the direct act of God. God acts through self distribution and delegation!

44. It must be the prime duty of all humans having non-defective minds to love God unconditionally and try to experience Him as much as they could. When a person loves God truly, unselfish affection to all others naturally radiates from him or her.

45. Modern day humans are fortunate than their forefathers because they live in an era of advanced knowledge which, if they so desire, could be of much advantage to them for nurturing both body and mind.

46. Insatiable greed and selfishness, desire to control others, desire to inflict pain to others, insatiable desire for pleasures at the cost of others, unwillingness to seek truth even while capable of doing it, unwillingness to seek improvements in life and blaming God or others for all problems of life are all potential evils which make a man or woman to move away from God.

47. Earth is presently evil dominated and good people naturally face much odds on earth. But that does not mean that it would remain that way for ever or it would go from worse to the worst.

48. The civilization of earth would keep on improving from generation to generation and would ultimately reach it peak some thousands of years later. During the course of its progress, it would also face various calamities caused by imperfect human acts. But humans would never be permitted to inflict total destruction of earth by God.

49. Humans of earth have limitations of body and mind. Hence they would never ever be able to go beyond their inherent capacities while they live on earth.

50. For human minds to advance, they need to forgo their perishable material bodies and acquire certain divinely gifted mind powers that enable them to transcend the limitations of their material minds.

Email ThisBlogThis!Share to TwitterShare to FacebookShare to Pinterest
Labels: Great Realizations of Life