The Lucifer Rebellion : The Event that Changed Our Destiny !

There have been different kinds of inputs to human beings for the last several centuries that many of us are familiar with these two names: Lucifer and Satan.

For many of us who know some thing of these two names, these are synonyms for the spiritual being who is considered as anti-god. Considered in this manner, this  spiritual personality who is invisible to us, is the one which tries to pull human beings away from God. Without Satan and Lucifer, the theme of religious teachings of Christianity, Islam, Judaism, etc are incomplete. Even oriental religions such as Hinduism has stories of similar negative forces called Asuras or demons.

But none of us are so sure about these. We do not know whether these are facts or myths or mere fictitious imaginations of human beings. That was my position as well until I came across the Urantia Book.

A few of you who are regular readers of my blogs would now be some what familiar with this book. This book has substantially helped me to understand many things for which I could not find plausible answers earlier.

In this blog I would like to introduce you to the facts about Lucifer and Satan on the basis of information I gathered from this great super human book of advanced revelations.

But before you continue reading I suggest you read this:

What is the Content of the Urantia Book in Brief ?

Now the Urantia Book, for the first time in our history, tells us that Lucifer and Satan are two different personalities. Additionally the book introduces two more personalities about whom we have never heard before. These two have been named as Caligastia and Daligastia.

All these four characters belong to an order of celestial beings named as La-nonan-deks. This too is a class name we have never heard before !

They are an order of living beings having spiritual bodies unlike we human being with material bodies. There are about 700,000 La-nonan-deks in the local universe to which our earth belongs. And our local universe is named Nebadon and its Creator and Sovereign is a Creator Son of the Universal Father God. To know more about our local universe head, you may read this:

Our Sovereign Lord: He has other 3.8 Million Worlds like Earth to look after !

Now this Lucifer was a very senior La-nonan-dek and a very bright and intelligent personality. This order of beings were created in the local universe to serve as administrators and guides to evolutionary worlds like earth where intelligent living beings are being created using the evolutionary technique of creation. Satan was much junior and served as an administrative assistant to Lucifer.

Lucifer was made the head of a System of material worlds like earth where intelligent material living beings had been created and progressing. When he took charge of the System there were 607 worlds. Our earth was world number 606 in his System. As more and more evolutionary worlds got people, his system was to have a maximum of 1000 worlds.

When earth became peopled with primitive people, Lucifer recommended Caligastia to be made in charge of earth and Daligastia was appointed to assist him.

Lucifer and Satan functioned from his System headquarter worlds known as Jerusem. These worlds are specially made globes which are very big as compared to earth and very magnificent beyond our imagination.

Caligastia and Daligastia arrived on earth more than 200,000 years ago and established their HQ somewhere in the present Mesopotamia region.

Lucifer and Satan had been in charge of their System of worlds for about 500,000 years.

They had been nicely performing their duties for all these long time on behalf of their superiors in the universe administration acknowledging the the worship of the Universal Father God and the supremacy of their local universe Creator.

But about 200,000 years ago, Lucifer tried to be rebellious and wanted to be an  independent Ruler going against the Will of God.

In this rebellion mooted by Lucifer, another two of his colleagues who were heads of other two Systems and some of their assistants including some of the world rulers and millions of their spiritual subordinate order of beings participated. Billions of mortal beings including human beings of earth were also affected.

According to the Urantia Book, this rebellion caused extreme hardships on the affected worlds including our earth. Had this unfortunate event never occurred, our earth would have been in an altogether different and advanced stage of progress.

The rebellion that happened in our local universe got almost settled after our universe Creator was elevated as its Sovereign Ruler. This happened some 2000 years ago, when our Creator completed his mandatory mission of successful living as one of his lowly creations in the form of a human being.

So our Creator lived on earth as Joshua Ben Joseph in a small village called Nazareth in Palestine region. In our known history he is known to us as Jesus of Nazareth.

He proved that human beings can live a life of sinless perfection even under adverse situations and even without the use of his immense power as the Creator of his universe and the trillions of power personalities under his command.

He proved that he is capable of sustaining and up-keeping the Will of his father God even while living as a powerless human being of earth.

The events that followed had seen that he became elevated as the Sovereign of the universe of Nebadon and Lucifer, Satan and other rebels removed from their positions and getting quarantined in some worlds called prison worlds. 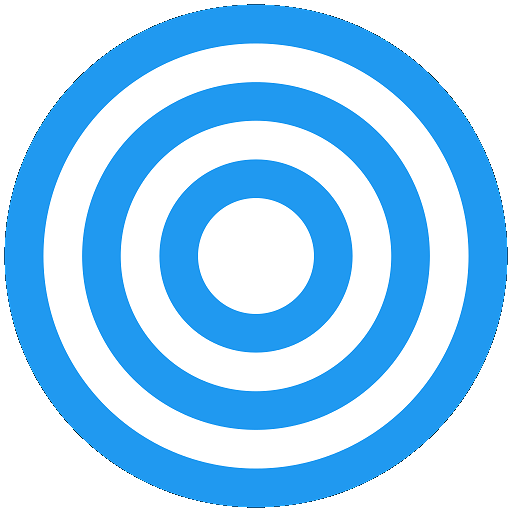 The three azure blue concentric circles-
the material emblem of the Sovereign of Nebadon!

In this context, you may like to read this story of a material world called Panoptia just as our Earth whose inhabitants resisted the Lucifer rebellion under the leadership of a lady named Ellanora:

Ellanora: The Story of the Woman who Valiantly Resisted Lucifer !

The Urantia Book details out the cause, progress and consequences of the Lucifer rebellion.

They are logical and matter of fact explanations without any exaggerations.

A detailed study of it will make things clear as why God does not act in a magical manner to alleviate our miseries and apparently allow these to happen.

To tell you the truth, this book has given me the answers.

By the way, Caligastia and Daligastia are still moving around in our earth with their multitudes of invisible associates. The Urantia Book informs us that Caligastia is recently removed from the post of the invisible ruler-ship of earth and earth is given in the charge of a few receivers till that time a full fledged ruler is appointed.

Though these one time followers of Lucifer and Satan are able to carry out their nefarious activities on earth, they are powerless against harming those people under the protection of the universal administration of God.

Such a situation might continue for some more generations.

The book informs us that the Universe Sovereign has allowed them some time to repent and return back to his fold voluntarily. Such a mercy is because, these fellows are also the children of the Creator.

To understand that we have to think from the angle of a father, the super human authors of the book remind us.

But corrupt minds are less likely to repent and sooner or later they are going to meet their ultimate fate !

But whatever that happened was not good for us earth beings in one way.

But in many other ways we have got tremendous opportunities to show our strength in challenging situations just as the Panoptians had done.

We are cut off from the universe communication links as of now which curtail our ability to see those invisible beings around us. Both those who work for us and those likely to do just the opposite.

And what are we supposed to do ?

Caligastia and his associates want that we lose our ability to advance in our lives and proceed in our universe adventure and destroy ourselves in this world itself.

God wants that we progress and advance as able personalities capable of taking up higher responsibilities even after our mortal life on this earth.

Ensure that we live a life which is guided by goodness and love.

Love God by living according to his will by serving his creations without selfishness.

Follow the directions of the inner consciousness which is the pilot lamp of God to know what is good and what is not .

When that is followed, our beastly nature would start fading away and we become more and more humane.

That is exactly what God wants us to be.

When we are humanely human beings who acknowledge our Universal Father God, we acquire survival qualities.

We are likely to survive death and make progress  as many advancing personalities of mortal origins of this universe have been experiencing!

That universe adventure is going to be thrilling !

[View the linked list of all Blogs of the Author Here ! ]
Posted by Er. Rajan C Mathew FIE